Incell, is an action/racing virtual reality game, with a mixture of strategy and science. This game will take you inside the human cell, where you can fight the virus in advance. it is knowledgeable in science. This game is focused on VR but you can play just fine without a set.

It is time to head to the distant past, when herds of dinosaurs roamed the land and no creature was safe from the next larger predator. Familiarize yourself with the grazing, pack hunting, swimming, and fleeing dinos. You never know where the next threat may lerk. So load up in our safe high tech launch and reception centers, relax, and enjoy your trip through DinoTrek where nothing can go wrong, go wrong, go wrong

It’s not just video that can be transformed with VR – Orbulus shows how still images can take on a whole new dimension, too. The app’s virtual environment allows you to explore a variety of 360° photospheres, in which you can stand on Mars, ascend Glastonbury Tor, experience New Year fireworks on Hong Kong harbour and a whole lot much more besides.

WAA! lets you adopt the role of a cute little astronaut whose mission is to seek and destroy asteroids or face a certain death. The game uses the focus control as a targeting device for launching homing missiles that, in the main, works extremely well. You can also collect batteries, screws and wrenches, which improve your aim, adjust gravity and restore shields.

VR Tank Training uses a graphical ‘mesh-blending’ technique reminiscent of the popular Battlefield games to simulate the experience of commanding a cannon on wheels. The idea is to destroy as many targets as you can while you manoeuvre your tank to the next checkpoint. There’s also an in-game leaderboard for players to compete against each other for the top spot.

VR Roller coaster is a breathtaking 360 VR stimulation of a crazy amusement ride. compatible with any VR headset. It stimulates the world’s most popular and thrilling rides. Will take you to the craziest parts of the track. This is a extreme virtual reality. Ultra-realistic detailed graphics and carefully crafted.

This virtual ride is hundreds of feet high and swings all the way round, making it a darn sight scarier than your average playground swing.

The carriage on this rollercoaster is fitted with a cannon and it’s your job to shoot as many barrels as you can as the ride progresses.

Explore the vast interior of a space station orbiting the planet Refugio, complete with glass floors, viewing windows and a wicked sci-fi soundtrack.

This space-flight simulator is a demo of a game still being developed, but its arcade shooter elements are well worth a blast

This first-person ghost story sends you into a haunted mansion on the evening of an approaching storm. You’re all alone in a Victorian-era room – apart from an array of ominous-looking dolls beside the fireplace and the sinister noises echoing around the hallway. With numerous events triggered by your interaction with objects around the house, Sisters offers creepy set pieces and a good dose of suspense

Horror experiences don’t get any simpler than this. You begin in said room, a dark and dingy environment, with no explanation as to where you are or how you got there. Soon the lights begin to flicker and falter, and the terror of your situation gradually becomes painfully clear. Interaction is minimal at best, but it’s another fine example of VR’s potential in the horror genre.

This dino-themed VR experience has more in common with Jurassic Park than other titles thanks to its safari-style narrative. You’re given the opportunity to drive off-road in a jeep and get up close with the most famous dinosaurs, including Giganotosaurus, Triceratops and T-Rex. This gives kids a real sense of scale to the animals, which makes up for some mediocre graphics.

This BAFTA-nominated animated reading of Siegfried Sassoon’s poem ‘The Kiss’ is a brilliant demonstration of virtual reality’s storytelling possibilities. To recap, The Kiss was written just before the Battle of the Somme – where more writers and poets fought than any conflict in history – while Sassoon was on an army-training course. Narrated by Michael Sheen and developed in partnership with BBC Arts, War of Words may be on the short side, but it is beautiful and poignant, and perfectly captures the controversial and battling spirit of the original work.

Cartoon Village drops you into a colourful medieval cartoon settlement where you’re free to investigate any nook and cranny you fancy. The extreme level of detail gives the rural enclave a real lived-in feel, and you can simply change the season and time of day to see how it affects the habits of its dwellers and the surrounding natural world. It’s also available on Android but only as wallpaper. Additionally it can run in Daydream mode on devices with Android 4.2 or higher. Cartoon Village has already taken the mantle as cutest CG-rendered app in the world of virtual reality.

Within is a production company specialising in telling stories through live-action VR filmmaking, and this app is the best way to experience their selection of high-quality 360 videos on your smartphone. Collaborations with the likes of The New York Times, the UN, Vice and Saturday Night Live ensure a well-rounded exploration of the medium’s potential. Within also worked with U2 on their ‘Song for Someone’, so viewers could sit with Bono in their living room.

Jaunt is another production company that aims to send viewers into story-driven worlds, simply through use of their mobile device. A virtual Nepalese mountain adventure, a front row seat at a Paul McCartney concert and a trip inside North Korea as the country holds military celebrations highlight the breadth of scenarios Jaunt is covering. They also send you into film, like the 360° fashion photoshoot with Derek Zoolander (Ben Stiller) in Zoolander 2

Horror lends itself well to VR, and this was one of the first apps to make the spectator the main character in a 360° nightmare. The dark atmospherics are supported by bone-chilling binaural audio.

Jaunt’s eagerly anticipated immersive horror short certainly isn’t for the faint of heart. What’s more, it comes complete with an interactive sound field mixed in Dolby Atmos to really freak you out. You have been warned

Elise Rainier (actress Lin Shaye) guides you into the horrors of the afterlife in order to navigate its furthest, darkest reaches, in this chilling VR experience based on the hit film franchise.

This app is based on the television drama Stitchers. You’re able to investigate crimes by transporting yourself into the deceased’s memories. You can select the crime scene, discover clues about the murdered protagonist’s last moments and, using observation and logic, catch the criminal. You can also explore the crime scene without a VR viewer if you so wish

If you’ve just got hold of a Google Cardboard headset, then this is the app you should download first. Its ‘Explore’ section features guided tours of cities around the world, while the ‘Exhibit’ section allows you to view museum collections as 3D objects. There’s even a fun stereoscopic take on a classic kaleidoscope

Movies are made for the big screen, and this app is a way to experience your video collection as the filmmakers originally intended. Simply, Go Show allows you to view your own 2D and 3D movies (including panoramic 360° videos) on a virtual cinema screen. As long as the video is stored on your device in MP4 format, the app can render it in split-screen for true theatrical viewing

Where Will Snap Be in 5 Years? 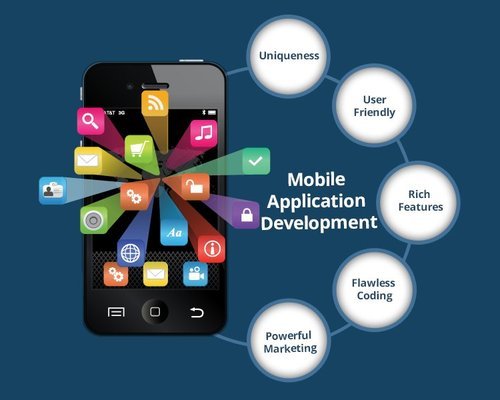 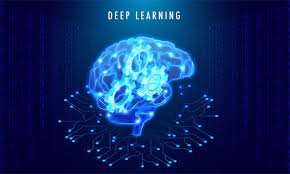 10 Most Popular Mobile Application Development Trends to Check Out!

Design ApproachIt is the initial factor, which is necessary for having a sound user experience. Effective display of…

The 10 most useful HTML and CSS tools for Web Developers

APPS ARE CHANGING HOW WE EAT!

Just like e-commerce has changed how we shop, food apps like UberEats and Foodora are now changing how…